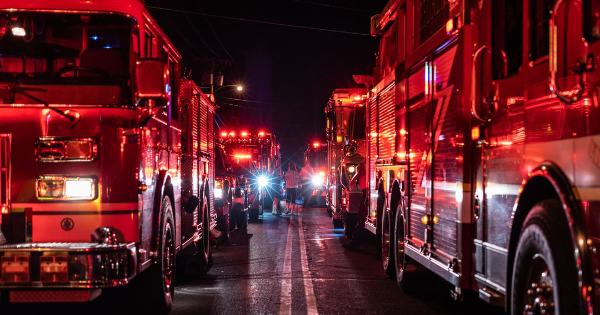 Throughout the country, emblems or patches have been one of the key identifiers for emergency personnel. Emblems allow police, fire, or EMT workers to be easily identified, and act as proof that they are associated with a certain organization. Furthermore, an emblem completes an officer’s uniform, which exerts public safety and security among civilians.

Emergency personnel and other types of rapid response authority need emblems to further establish the legitimacy of their organization, putting the public at ease as to who they’re dealing with. Emblems complete the uniform of these emergency responders, as they evoke trust and responsibility. For example, a fire department patch must be easily identifiable, as they are usually red and distinguishable from other types of emergency personnel.

The uniform of police or fire departments is universally identifiable, as civilians are taught to recognize these types of uniforms in case of emergency or distress. The emergency response uniform is one of dignity, respect, and professionalism that many emergency response personnel take great pride in. Serving their community is their goal, which makes it a profession of public service.

Emergency response personnel often serve towns, cities, states, and other municipalities, therefore, the emblem worn on their uniform is the name of the community they are committed to serve. Police, fire, as well as EMS patches are staples on all uniforms, therefore, it is important to utilize quality patches that can withstand the daily duties of emergency response personnel.

The Importance Of Quality Police, EMS and Fire Dept Patches

In a sense, the uniform of emergency response personnel exerts a non-verbal form of communication. The police patch demonstrates keeping the community safe and out of harm’s way. The fire dept patches represent professionalism in combating fires, gas leaks, and other harmful entities that put the lives of the public in peril. The EMS patch displays the medical efficacy to care for someone in the middle of a medical episode, and give them comfort knowing that experienced professionals are on scene.

Because of the rigorous conditions that emergency personnel experience daily, oftentimes putting their lives on the line for their community, it is important to have a quality emblem that strongly boasts the name of the community they serve. In the United States alone, there are close to 800,000 police officers, and almost 18,000 police departments nationwide. Thus, organizations producing quality patches are vital to the nation’s many communities.

Quality Fire Dept patches and other emergency response agencies are important to the community, as other than vehicles, these are the most widely known symbols of emergency agencies. The uniform worn by emergency services is to provide comfort for those in harm’s way, that help has arrived, and that a trusted and trained emergency service member will keep the community safe and rectify the danger at hand.

Professionalism, solidarity, and community service are all hallmarks of emergency service personnel serving our communities, thus, quality uniforms and patches are an imperative part of their mission of serving and protecting the public.